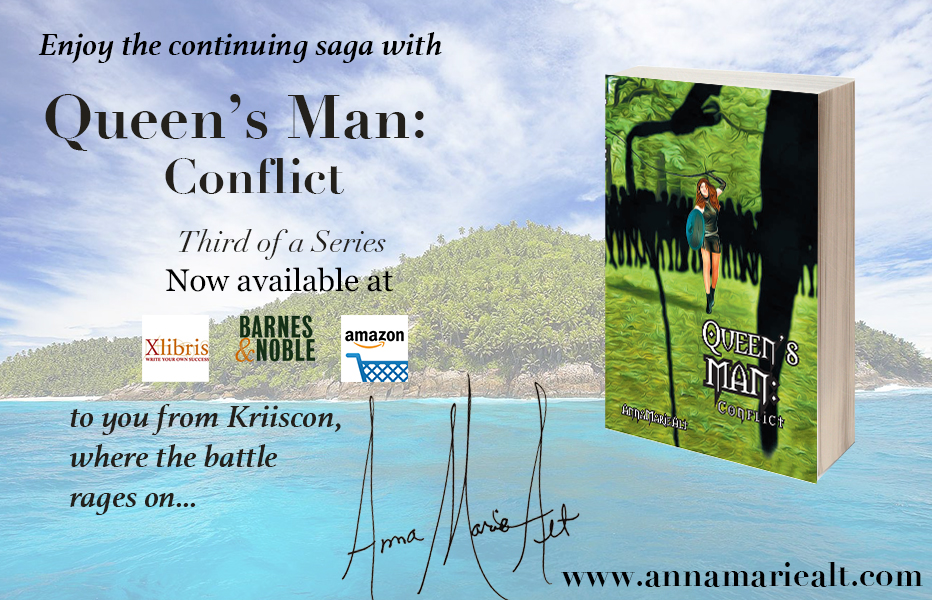 Paperback and e-book editions are available via the links below:

Third book in a series

Dire new threats face Queen Rejeena of Kriiscon and Aarvan, her queen’s man. Once again, they must battle treacherous forces determined to separate and destroy them.

Queen Tabarana, favored ally of Great Queen Annannear, lusts for the delectable Aarvan. Determined to wrest him from Rejeena, she will stop at nothing to achieve her goal.  Rejeena must outwit and challenge Tabarana without causing a reign of retaliation upon Rejeena’s quarter.

The sinister cousin of Rejeena—outlaw leader Ishtabarra—desires to separate Aarvan from his queen and places a hefty bounty on his head even as her assassins stalk Rejeena.

Aarvan must locate the hidden escape route of imprisoned outlaws to save the lives of seven honorable women, unjustly accused of outlaw affi liation. He knows a route out of those cells also can create access to the queen for Ishtabarra’s murderous forces.

Animosity between Aarvan and Shabet, captain of the queen’s guard, deepens into hatred. To regain her former prominence and control, Shabet secretly gathers supporters and conspires to oust the queen’s man.

How can Rejeena retain her queen’s man against so much opposition? How can Aarvan continue to secure his queen’s safety from her predatory cousin? The odds are overwhelming, and the two lovers must use every resource available to them if they are to survive.