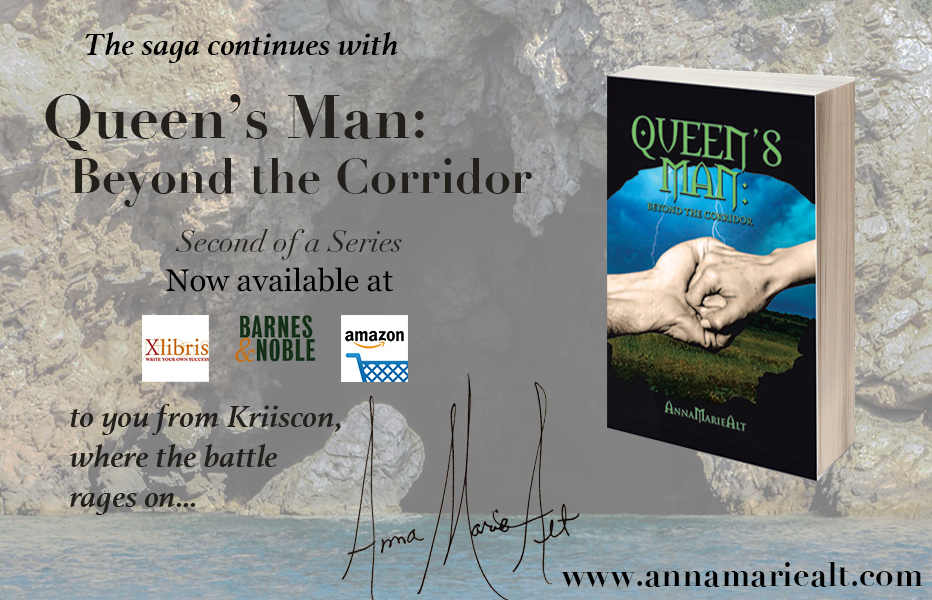 Queen’s Man: Beyond the Corridor is now available for purchase.  Paperback and e-book editions are available via the links below:

Second book in a series

The constant threat of assassination stalks Queen Rejeena of Kriiscon. Her cousin, Ishtabarra, strives to slay her to claim the queenship—sending killers to slice the queen’s throat in her tent.

Rejeena escapes death by a hair’s breadth—saved by Aarvan, her queen’s man and slave. Ishtabarra, angered and frustrated by his interference, places a price on Aarvan’s head. Anyone can collect the bounty. Avarice and hostile forces abound— backway groups, loose men, wander women. Assuredly some will seek the reward and notoriety. Perhaps the queen’s own guards?

Rejeena and Aarvan will each traverse personal corridors. The queen must transcend generations of ingrained bigotry—men are working slaves, good only for procreation. He struggles to surmount the physical agony and mental misery of slave status.

Aarvan declares Ishtabarra will attack again through deadly LaSheena’s Corridor, the next challenge on their trek to Queen’s Council. Rejeena and her guard captain believe the feat impossible. As they enter the corridor with scant guard protection, will the outlaws try again? Can the queen emerge alive?

To survive and remain together, Rejeena and Aarvan must not only battle outside forces determined to destroy them, but demolish the barriers that separate them.