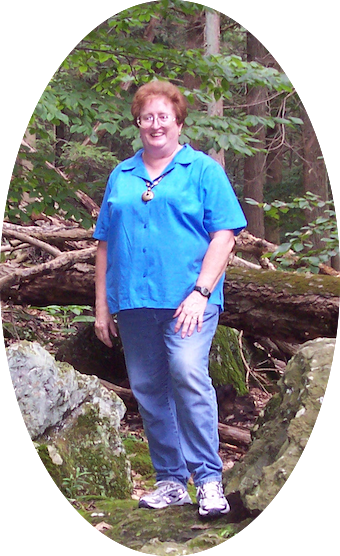 At eighteen, she joined the U.S. Army and her two careers, the military followed by civil service, exposed her to varied cultures, races, religions, and beliefs in a number of foreign countries and states—England, Continental Europe, the Far East, the South, North, Southwest, Hawaii and Kentucky, where she resides. This exposure granted her a rounded view of the world and a host of invaluable knowledge that she now brings to her fantasy creations.

AnnaMarie married her true love, a man far removed in creed and action from the hills of her origin. That love grew and lasted until his death. Her lifestyle and journey crafted quite a change from her strict upbringing.

Finishing her college degree as well as surviving and supporting the Women’s Liberation Movement launched her understanding of herself as a woman and a writer. She writes to convey her myriad experiences, because she cannot not write—to share the legacy of a lifetime of love, rage, desire, disappointment, humiliation, ecstasy, learning, twisting mores to accommodate new values, and accepting that we are all human.

Out of this driving passion, AnnaMarie has written the Queen’s Man series, an adventurous, romantic fantasy, about the Island of Kriiscon, where women rule and men are slaves. The series encompasses the struggle between a domineering but curse-haunted queen and a mysterious, audacious Mainland man. Her words expose the ugly underbelly of the human race and illumine the power of virtue, while following the grinding agony of a culture in the throes of change